Ever since GST has been introduced, or to be fair, much before than its launch - the entire business fraternity of the country has been divided into two schools of thoughts - One, that think GST will bring luck and goodness into the system by streamlining operational efficiencies and reducing unnecessary regulations. And the other that thinks GST will further bring a hole into their already broken wallet and even complicate the entire taxing system by making it mandatory to do things full of confusions.

However, much of the speculations that are doing the rounds are fake, or arising out of baseless research. Revenue secretary Hasmukh Adhia recently cleared the apprehensions of consumers over the complexities of the Goods and Services Tax (GST) in a series of tweets and the assured that the implementation and execution of GST will be transparent. 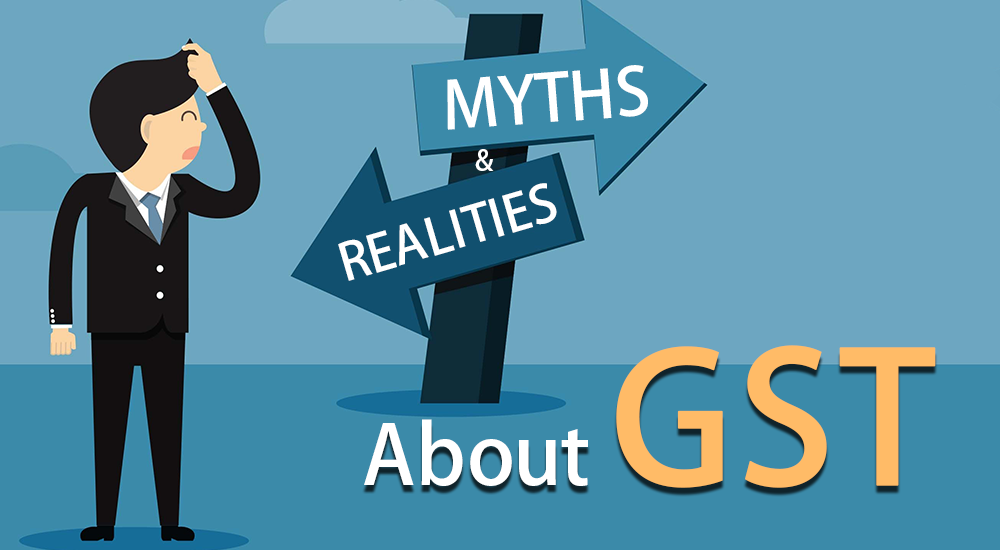 Some of the myths and realities about GST include:

Myth 1: The invoices need to be generated using computer/ internet only

Reality - It is not mandatory. You can also generate invoices manually.

Reality - No such thing. You only need the Internet connection when filing the monthly return

Reality - Your provisional ID is actually your final ID. You can use it to start doing business anytime

Reality - You can absolutely do the business the way you have been doing. The only thing is that you should get registration within a span of 30 days

Reality - There is only one return with three parts. The dealer only needs to fill one part whereas the last two parts will be auto populated by the computer.

Reality - Who are in the retail, only need to give summary of the total sales

These are some of the common myths and their reality which prove that GST after being introduced and much before of it has been reeling with confusions. After the announcement from authority and clear version of pinpointed feedback about what to expect, a lot of confusions should clear.

It has been maintained that you don’t need to have a big infrastructure or need to file invoices without taking a breath. The entire taxing system is introduced so that people pay tax within legal boundaries and that no one should evade taxes. If you are earning well, it is your duty to nation building by not escaping but paying the taxes. On the other, essential commodities will not be taxed so that masses - irrespective of financial status - can easily access them

Send invoices to your clients in a wink in a format you want.

With Kwik Billing, collecting money from your clients is as easy as a cakewalk.

Enjoy ease of use reporting with our tool and make better decisions to step up your performance.

By signing up, you are indicating that you have read and agree to the Terms of Use